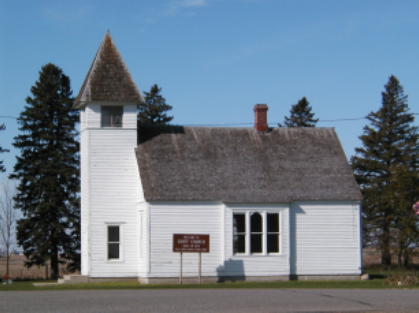 Under the guidance of Rev. John H. Covey, Congregational minister and local farmer, the citizens of Grant Township circulated a subscription list for a church building in early 1873.  The only edifice dedicated to worship in the county at that time was a sod church built in the spring of 1871 in Center Township.
While plans for this wood church were being finalized, Mrs. Covey died on November 30, 1873 losing a long battle with typhoid fever.  A ten year-old son expired the next day, and a young daughter died the following week.  This left Rev. Covey alone with three small children.  No mention of where the Covey family is buried can be found, and a Covey stone does not appear to be in the cemetery. Perhaps they were buried on the Covey farm as unmarked graves in Sections five and twenty-two of Grant Township are mentioned in an old history.  Rev. Covey had the sympathy of the community and a “donation party” was held for the family the following January at the Covey schoolhouse.  A free supper was provided, and all were welcome.
Grounds for a cemetery were set out opposite the house of worship to the south. 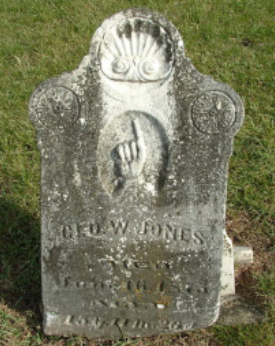 George was a Civil War Veteran.  He enlisted on January 2, 1864 at Fort Dodge in Company I, 32nd Iowa Infantry.  He later transferred to Company B, Eighth Iowa.  He was discharged on September 4, 1865 at Nashville, TN.  He married Emily Hubbell on July 12, 1868 and settled in O’Brien County in 1870.
In cemetery symbolism, the hand with the index finger  pointing upwards symbolizes the hope of heaven. 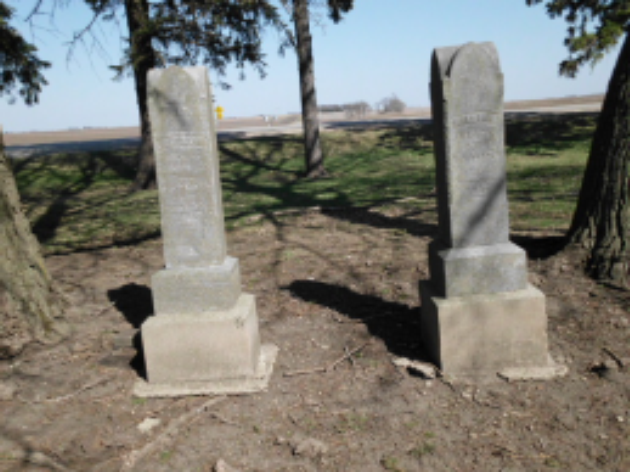 William and Lucy Slack homesteaded in the mile north of the church.  William was an ardent supporter of the church and was most likely the first burial in the cemetery.
The couple first came to the county in 1869 and lived in a log shanty.  This home was replaced with a frame house in 1871. 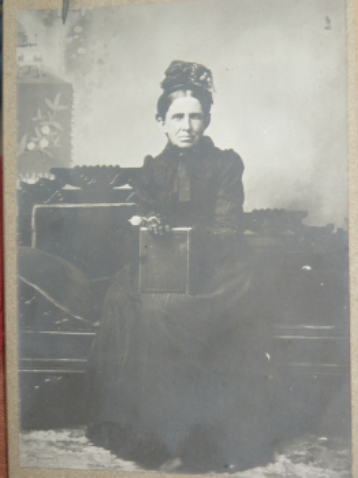 After William’s death in 1874, Lucy continued to live on the claim with son, Charles, until her death.  Lucy was an ardent supporter of the church and served as Sunday School superintendent for many years.  During the grasshopper years, all but one family left the church, but slowly they returned. 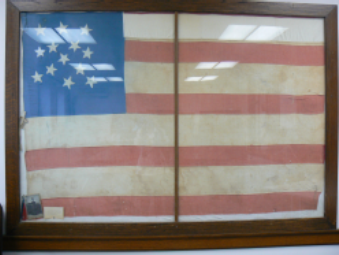 Lucy fashioned the first flag (4.5’x 7’) in the county with fabric purchased at W.C. Green’s store in O’Brien Village. It is currently displayed in the courthouse. 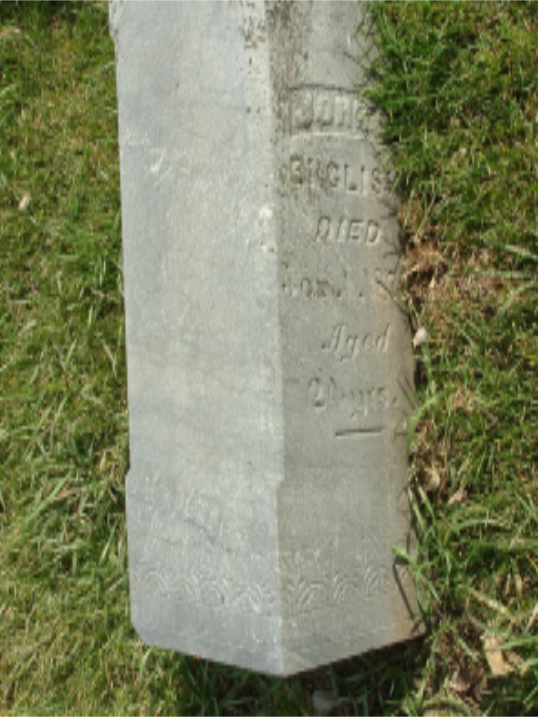 The Primghar community was shocked early in January of 1876 when the news          regarding the demise of John English spread through the village.  The deceased was an energetic young man of twenty-four who made a living hauling lumber by team and wagon from Sheldon to Primghar, as the latter had no rail services.
Eye witnesses reported him loading lumber in Sheldon as usual the morning of January 1st.  Suddenly, he leaned against the wagon as if overtaken by a coughing spell, dropped to the ground and immediately expired. 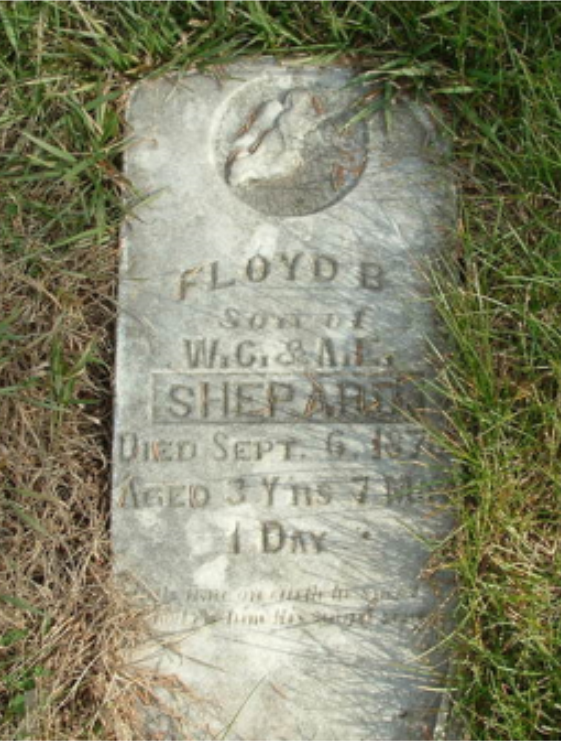 Mr. & Mrs. William Shepard of Grant Township lost their four year-old son in early September.  He is buried toward the south end of the cemetery.  An angel marks his stone with the inscription “A little time on earth he spent, Till God for him his Angel sent.”
During the summer of 1876, the area was afflicted with a “prevailing disease of the bowels.”  Young children were            particularly affected.  The O’Brien Pioneer reported the death of a four year-old son of Mr.& Mrs. C.F. Rhodes on August 5, 1876. The child was buried in “Grant Church Cemetery.”  Before the end of the month, the family mourned the loss of another child and made another visit to the graveyard.  Mr. Rhodes was a partner in a grocery store at Primghar, and times were very tight due to the grasshopper infestation.  Following the loss of the two children,  Mr. Rhodes ended his business involvement, and the family left for lower Kansas around mid-September.  This ended a short residency of six to eight months and a “discouraging streak of luck.”  The two small, unmarked slate colored stones in the northwest portion could represent the Rhodes children. 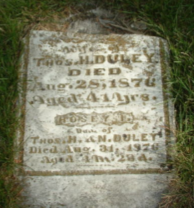 A devout Congregational Church member, the wife of Thomas Duley died after a prolonged illness.  Her grave is near the south end of the cemetery.  Listed on the same headstone is the daughter of the couple who died only a few days later, perhaps succumbing to the illness which claimed so many children during that summer.

Joseph J. Bryant was born in Lewis County, Kentucky. He enlisted in Company K, 32nd Iowa Volunteer Infantry, on July 13, 1862.  He served in battles at Pleasant Hill, Mansfield, Fort Donelson, Nashville, Mobile, Greentown, and Spanish Fort, AL.  He was discharged on August 24, 1865.  He settled in O’Brien County in December, 1888. 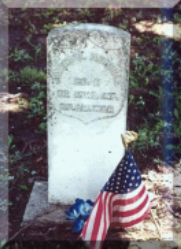