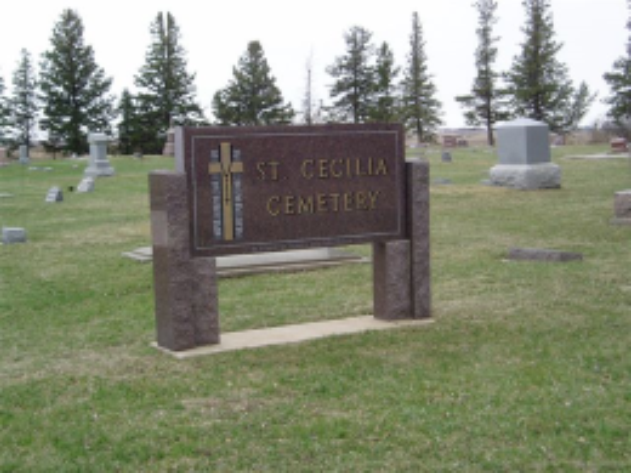 Fr. James McCormick purchased the four acres for St. Cecilia’s Cemetery from Richard Boyd on May 5, 1905.  A large crucifix was donated by Mr. and Mrs. A. R. West, but was destroyed by the cyclone of 1914.  Another crucifix and caretakers shed was erected by Father E. Fandel. 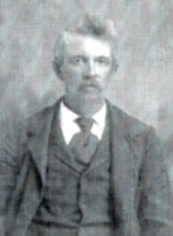 John Grogan was born in Ireland in 1944.  He   immigrated to America with his family at age seven and settled in New Jersey.  In 1862, the family moved to Burlington, IA where he met and married Margaret Harrington in 1868.  John arrived in the new town of Sanborn in 1879 and worked for the Chicago-Milwaukee railroad’s construction

crew as the line expanded west into Dakota Territory. His wife and children arrived in O’Brien County a bit later and lived at Sheldon until John purchased a farm in Franklin Township.  They were the parents of eight children. 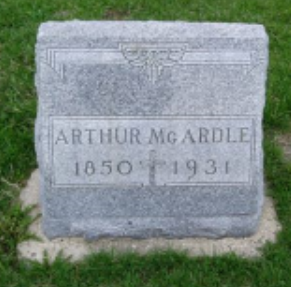 Coming to Milwaukee, WI from Ireland, Arthur McArdle learned the cobbler’s trade at around the age of eighteen.  His brother Barney had filed on some land in O’Brien County; so Arthur followed his brother west in 1879.  For a few months, he worked on the railroad, but later the same year established a cobbler’s shop in the new town of Sanborn, which he operated for the next five decades.  Mr. McArdle was described as quiet and unassuming, as this tribute by a friend illustrates: “For fifty years, he minded his own business.”
During 1930, the proprietor of the town’s “shoe hospital” began to suffer failing health.  As his condition worsened, his Odd Fellow brothers moved him to the Omer Hotel from his rooms at the rear of the shoe shop so that he could receive proper attention. He died from a lung illness on January 30, 1931. 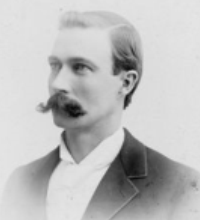 Sabula, Iowa was the birthplace of H.F. Addy in 1863.  He married Clara Dunn, and they moved to Fulda, MN where one child was born.  Clara died in 1893 and the family moved to Manning, IA where Henry married Mary Shea on June 28, 1899.  They were parents of three

children, Irene, Francis and Vernon.  In October 1899, the Addy family moved to Sanborn where Henry operated a mercantile for fifteen years.  He was a member of the Royal Neighbors, Modern Woodman and was favorably thought of by the entire community.  He died at his home in Sanborn following a lengthy illness. 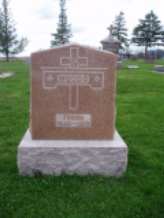 An Irish immigrant, Frank Woods made his way to O’Brien County when there were few settlers in the area and purchased land in Summit Township.  When the Milwaukee railroad came through in 1878, he hired onto the construction crew and helped build the road.  For a time he lived in Sanborn, but he eventually returned to his farm of 200 acres and built a small shack near the farm buildings used by his tenants.  He was described as possessing a peculiar temperament and did not associate with others having few, if any, close friends. Frank died in his little hut on Saturday, February 1, 1919. 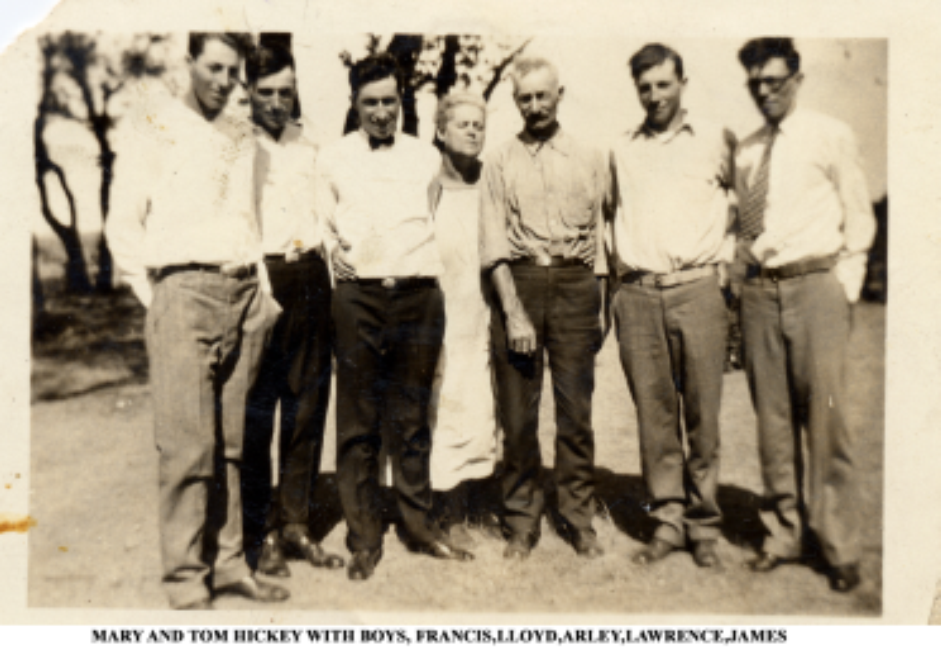 Members of the Hickey family were pioneers in Franklin Township. Tom Hickey arrived in 1890 with his mother and five siblings.  He married Mary Grogan on November 25, 1897. They became parents of six sons.  Two of the boys, Francis and Lawrence, raised their families on farms north of Sanborn and were involved in community affairs for many years. 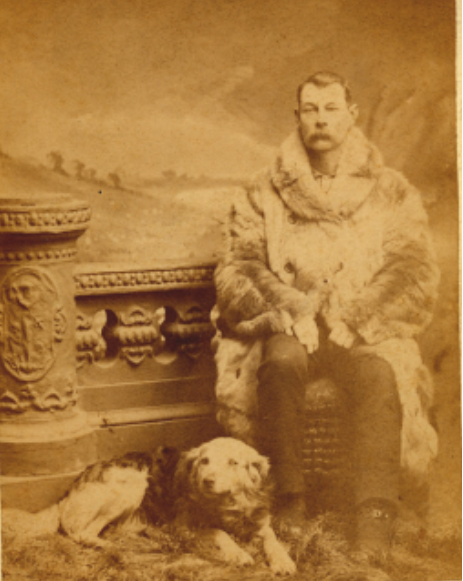 Martin was born in Chicago, IL, the eldest son of John & Mary Hickey.  Martin’s father came from Ijorn in 1823 and settled in Chicago.  He was a stage driver and miner.
Martin started work for himself when he was 18.  He was employed as a farm laborer, drove a cab in Chicago and freighted with a team across the Rocky Mountains from Fairplay to Leadville, CO.  In 1888, he came to O’Brien County and began farming.
Martin was innovative and made extensive improvements in the way of erecting buildings, fencing and installing a splendid drainage system.  He made a specialty of raising Norman horses and took many first prizes on his Norman stock at the county fair.
Martin was known as “one of the alert, progressive and successful agriculturists of this favored section of the Hawkeye state.  In his labors, he has not permitted himself to follow in the rut in a blind, apathetic way, but has studied and experimented and thus secured the maximum returns from his enterprising efforts, while he has so ordered his course at all times as to command the confidence and regard of the people of the community in which he lives, being a man of honorable business methods and advocating whatever tends to promote the public welfare in any way.” 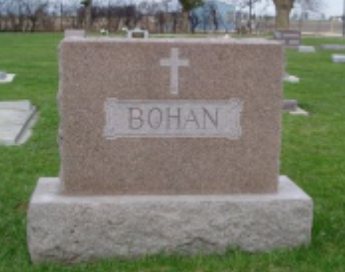 While returning to his home in Iowa from the silver mines of Colorado, W.C. Bohan stopped off at the new     railroad town of Sanborn and appreciated the future possibilities. He purchased 80 acres north of town, continued his homeward journey and returned in the spring of 1881 to begin working his farm.  W.C. and Anna Jane Beacom of Sheldon were married October 24, 1888. They purchased a farm 1 ½ mile west of Sanborn in 1896 where a family of nine children was raised on what became Blue Meadows Farm. W.C. raised hogs and Hereford cattle, farmed around 800 acres and indulged in his passion for horses, maintaining a herd of 45-55 head year round.