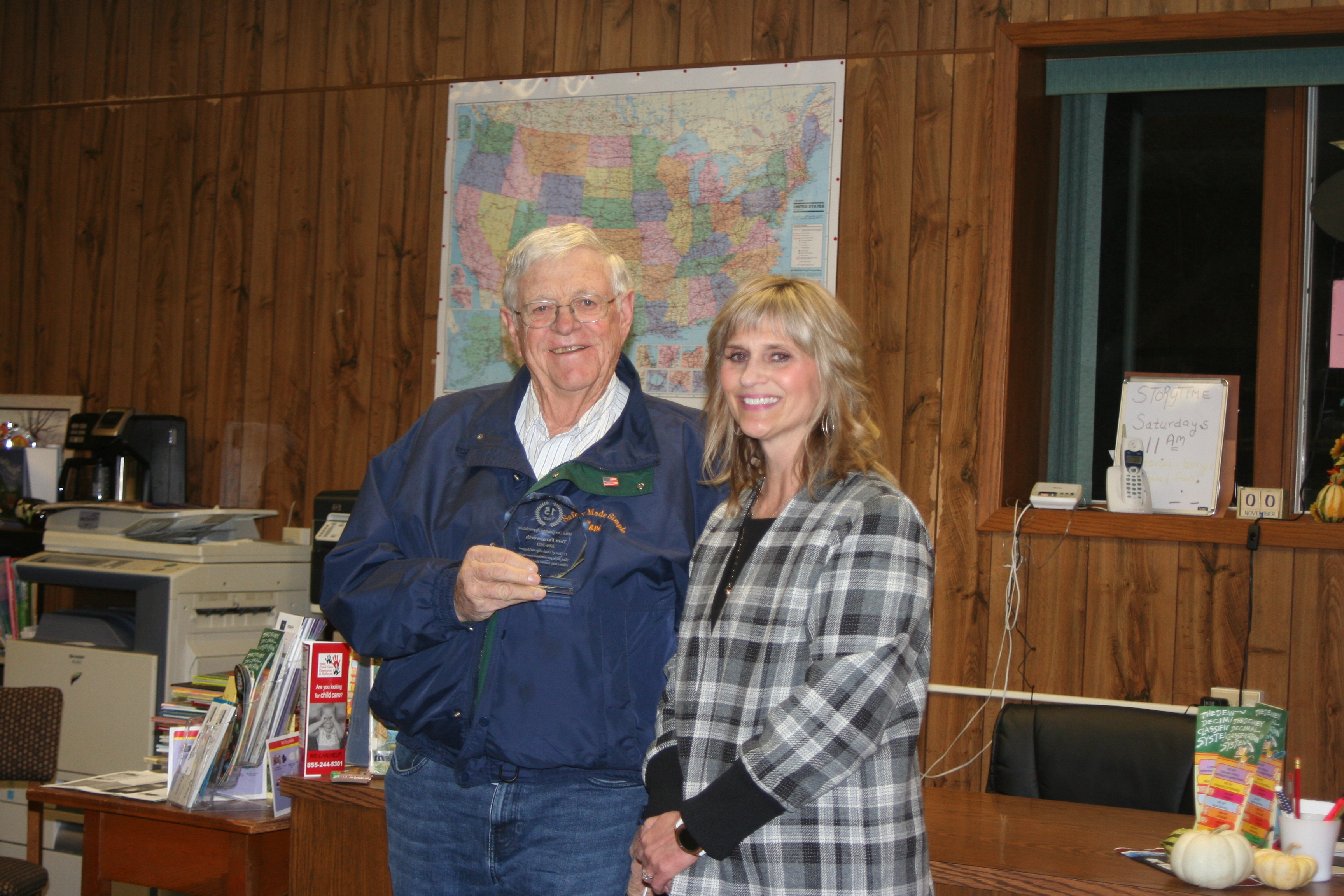 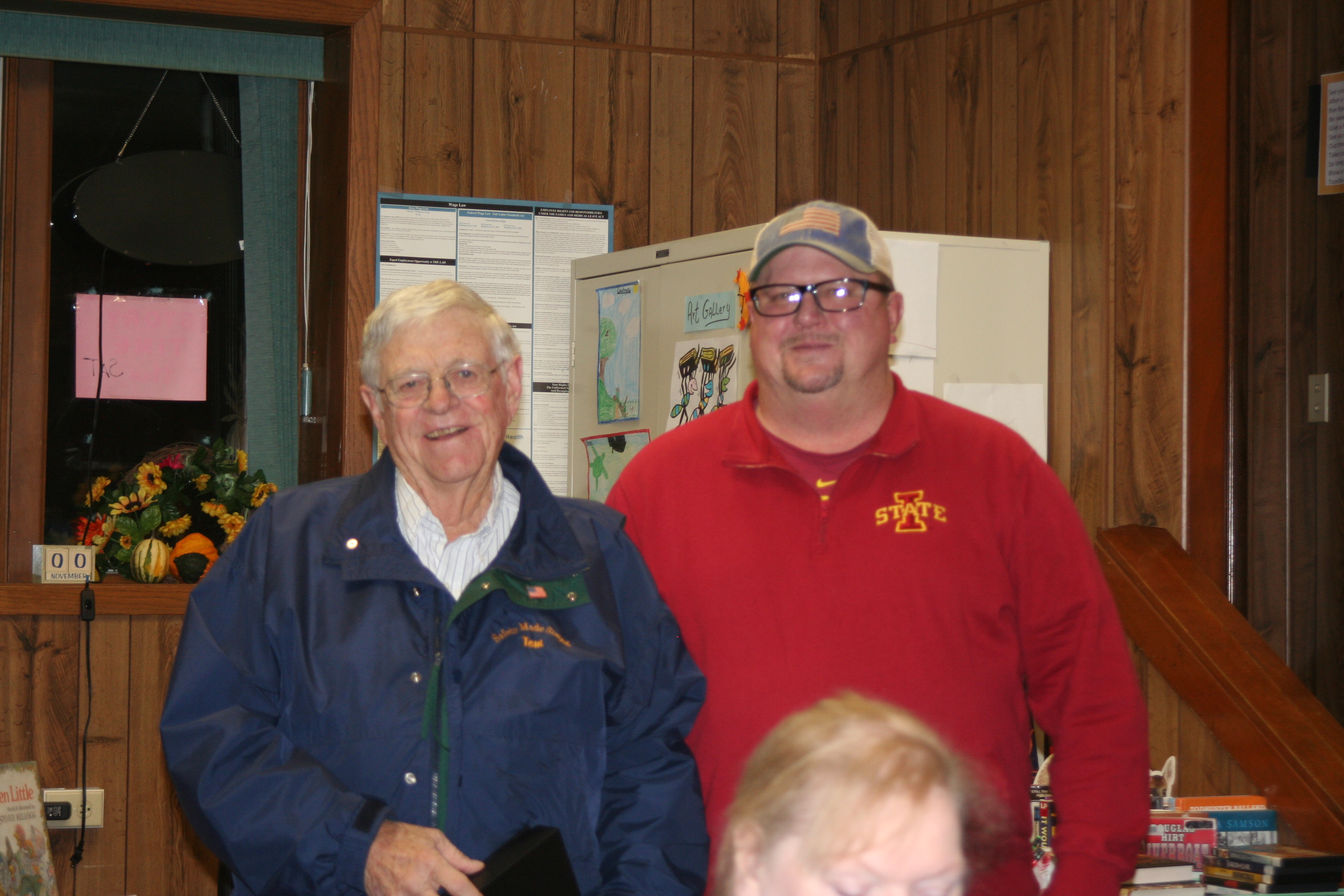 Just before the Archer City Council meeting held Tuesday November 9, Tom Farnsworth was recognized for his years of service to O’Brien County Economic Development. OCEDC Director Kiana Johnson gave an overview of Farnsworth’s impact on the organization’s successful efforts through his years on the board.
Tom Farnsworth is being recognized for over 16 years of service on the O’Brien County Economic Development Corporation Board of Directors. Tom served on the OCEDC Board as an O’Brien County Supervisor in 2005, then became the Archer representative for the next fifteen and a half years, from January, 2006 through June, 2021.
Tom has been a valuable member of the organization, acting as a key liaison between OCEDC and the city of Archer. In his multiple roles as OCEDC Board member, O’Brien County Supervisor and business owner, Tom has brought a unique skill set and viewpoint to the Corporation.
Tom has worked in many areas to support economic development efforts throughout O’Brien County. Tom advocated for economic development with our legislators. He worked to attract dairy and energy projects to O’Brien County and played a key role in helping to recruit Valero to the area. Tom advocated for landowners with his work on the O’Brien County wind ordinance and by his leadership with the O’Brien County Land Owners Association.
As a Board member, Tom was an active participant in our strategic planning sessions. He was instrumental in accomplishing a website revision, served on a sub-committee to promote business succession planning and worked with the Enterprise Zone.
On behalf of O’Brien County Economic Development Corporation, I would like to thank Tom for his support of the organization and for his many hours of volunteer work as a Board member for sixteen and a half years.
Johnson ended with, “Thank you for the meaningful impact you have had on OCEDC and O’Brien County.”