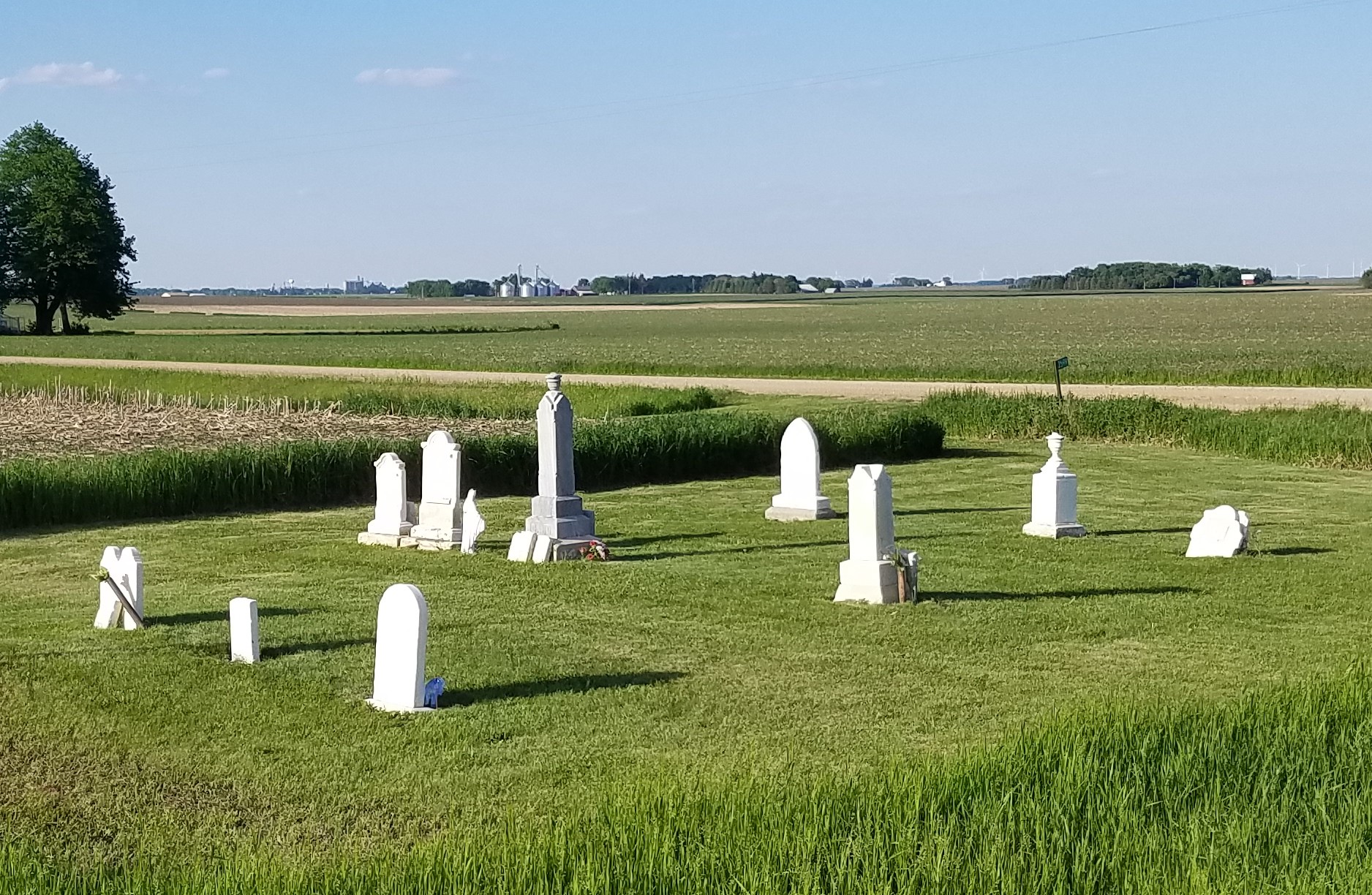 A small plot of scattered graves can be found at the junction of Tyler Ave and 360th St.  There is little information to be found on those who rest here.  The majority of the headstones mark the resting place of small children who passed away in the late 1870s.
Several stories exist that tell the history of the plot.  One is that the graves were scattered throughout the section and as farming  began, the bodies were gathered together in a small section of land.  A plat map from 1884 marks the spot as a cemetery.
Another theory suggests that a wagon train passing through the area lost members of its party and that they were buried here.
An additional theory is that a small pox epidemic went through the area.  The people buried here suffered from that illness.

The shaking hands on William’s headstone symbolize the greeting of another in heaven or saying goodbye on earth.  Other symbols seen throughout the cemetery include the lamb (a symbol of a young person’s passing) and also a shell (a traditional symbol of birth and resurrection).