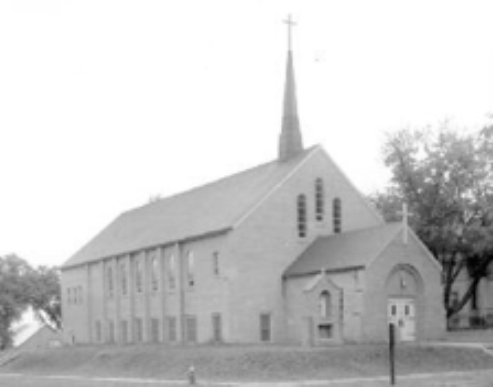 The first Catholics in the Primghar area were hearty pioneer people of deep faith. They braved the cold winter weather to drive their bobsleds through the snow to Mass in Sanborn each Sunday because there was no Catholic Church in Primghar.  The faith of these people flourished, and they formed a small but vibrant Christian community which later would become St. Anthony of Padua Parish. 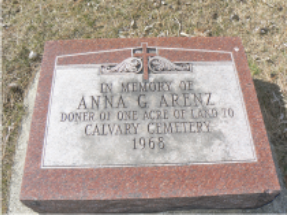 In 1925, Anna Arenz, who for many years was the priest's housekeeper in Sanborn and later in Sutherland, gave one acre of land to St. Anthony's to be used as a cemetery.  At a later date, two additional acres were purchased.  She is buried in the cemetery.

Frank M. Halbach 62, Primghar Postmaster, who was to have retired effective January 31, 1957 succumbed to a heart attack at his home Sunday evening.  He had been ill since May, but seemed to be recovering.  Frank had capably served in the position of postmaster for 24 years.

Robert was a prominent businessman in Primghar for over 35 years.  He died after having suffered an apparent heart attack while driving his car on a Primghar street.  He had stopped for a stop sign.  A nearby resident noticed the car standing idle for some time and found Mr. Nelle dead behind the wheel.

Young John Engler, only 20 years old, was killed in an automobile accident near the Luke Air Force Base at Phoenix, AZ where he was stationed.