This article was taken from the July 2019 issue of the "Archer Clipboard."

Thank you to the Archer Coop manager, Mike Sohn, for this article and the pictures. 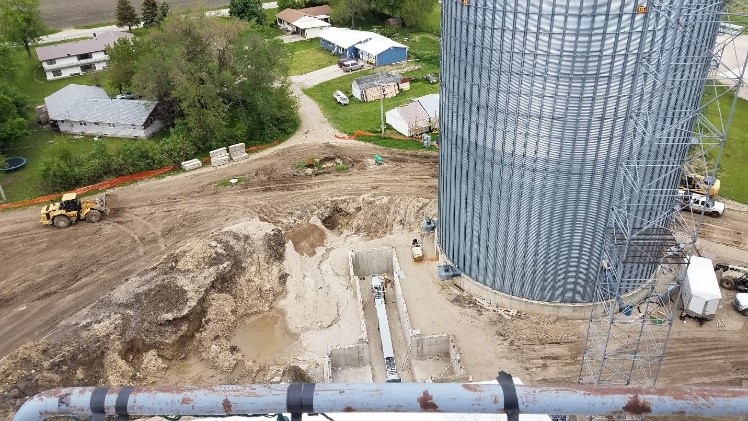 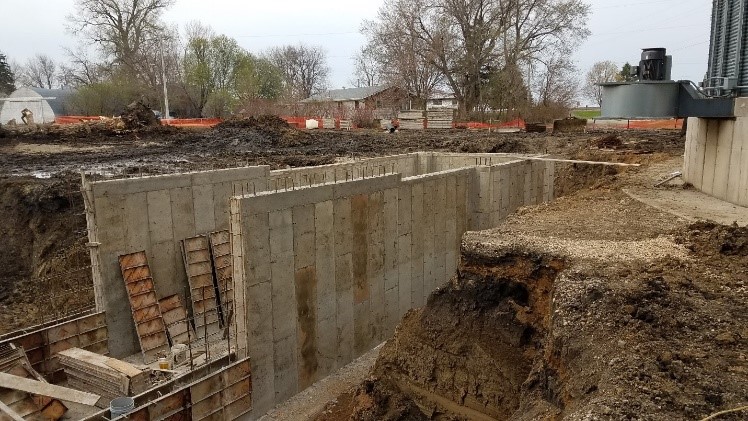 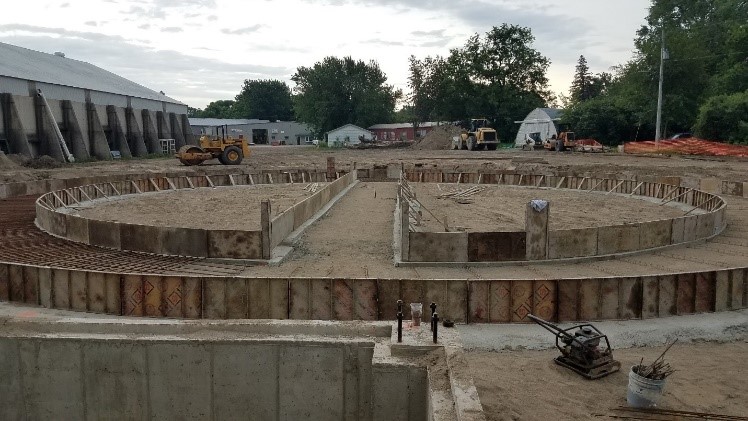 A lot of activity has been going on since early spring at Archer Coop. This winter, the Board of Directors approved a substantial project for Archer Coop. Located at the “old lumberyard”, Archer Coop began by removing two buildings of the former lumberyard as well as several large trees in preparation for a large scale expansion project. Once the demo and tree removal was completed, they began the “BIG DIG” for a large bin/receiving pit/leg project. Once completed by this fall, this project will include a 575,000 bushel bin that would increase Archer’s overall storage capacity by nearly 25%! A second bin hole will also be dug and all site preparation (for a second bin sometime in the future) will be completed below grade and the hole filled in. This will allow for future expansion with quick decisions since most of the site prep will already be completed.
Also included in this project is a new receiving complex with a large 10’ wide x 32’ long dump pit
(1,000 bushel capacity) and 20,000 bushel per hour leg and conveyance. The speed of this receiving would nearly double Archer’s receiving speed for our entire facility!
As we looked to the future, the Board understood the need to increase capacity and the cost savings with not having to pile grain on the ground. It was also very important to recognize that we were nearly completely reliant on our main receiving pit in the concrete elevator (which is nearly 45 years old). This project will take some of the pressure off the concrete elevator – extending its life considerably. A large conveyor will extend over to the concrete complex creating better use of our entire facility and tie the two receiving pits together allowing for receiving of multiple types of grain simultaneously (wet corn, beans, and dry corn).
Finally, with the addition of some conveyance at the concrete elevator, we will be able to increase our wet holding capacity in front of the dryer by 300% allowing us to extend our receiving times as we wait for our dryer to get caught up during those wet years.